In honour of National Women’s Day on 9 August, Huawei will be dedicating the entire month to all the great women in South Africa. So, it seems only fitting that we highlight our favourite female-centric movies – ones that portray the kind of inspiring, ceiling-smashing women that we want to emulate in real life – as well as those women who are making waves in the film industry.

Leading women in film, and women in film generally, have the potential to inspire women from all walks of life. These movies challenge stereotypes about women; now there are women superheroes like Supergirl, Captain Marvel and Wonder Woman, and let’s not forget about the She-Hulk series which is currently in development. Furthermore, seeing women in roles of leadership and power, allows women and girls to see their own potential, and has the potential to influence consciously and subconsciously the way society sees and understands what it means to be a woman.

Here are a few women in the film industry, both local and abroad, who inspire.

Kathryn Ann Bigelow, an American film director, producer, and screenwriter, became the first woman to receive an Academy Award for Best Director for The Hurt Locker in 2010. Her other films include Strange Days, Zero Dark Thirty, and Detroit. The Hurt Locker also won Best Picture at the 82nd Academy Awards.

Nicole Brown is the president of TriStar Pictures. In 2019, Brown became the first black woman to run a film label at a major studio when she was handed the TriStar reins. Some of her notable work includes the Whitney Houston musical biopic, I Wanna Dance With Somebody.

Connie Ferguson is an actress who began acting in 1993, portraying the role of Karabo Moroka in the most popular South African soap opera, Generations. In 2010, after playing that lead role for 16 years, Connie left Generations to star in the lead role of the M-Net telenovela, The Wild. In the same year, she launched the television company Ferguson Films with her late husband, Shona Ferguson. Their first production, Rockville, was commissioned by M-Net three years later. Other productions include iGazi, The Gift, The Throne, The Queen, The River, and The Imposter.

Mmabatho Montsho is an actress and director, known for Emoyeni, Thula’s Vine, and Happiness Is a Four-letter Word. Montsho is the owner of Monday Pictures, Executive Producer on Women on Sex, and a director on Quizzical Pictures who produce the hit series MTV Shuga. When she’s not directing, or acting, she produces incredible art like the 20-piece exhibition she hosted a few years ago at Constitutional Hill, which featured a large array of oil paintings of the Manyano Women.

Hit play on any one of these amazing movies below:

Dora And The Lost City of Gold

Having spent most of her life exploring the jungle with her parents, nothing could prepare Dora for her biggest challenge yet – high school. When her parents mysteriously disappear while searching for the Lost City of Gold, Dora must swing into action and lead a group of ill-equipped high schoolers on a wild quest to save them. Dora and her new friends navigate the jungle, outrun treasure hunters, and solve ancient puzzles to unlock the mystery of the fabled city. Grab your friends and family and join Dora on this fun-filled adventure of a lifetime!

Ghost In The Shell

Scarlett Johansson stars in the captivating Ghost in the Shell, an action-packed adventure set in a future world where people are enhanced with technology. Believing she was rescued from near death, Major (Johansson) becomes the first of her kind: a human mind inside an artificial body designed to fight the war against cyber-crime. While investigating a dangerous criminal, Major makes a shocking discovery – the corporation that created her lied about her past life to control her. Unsure what to believe, Major will stop at nothing to unravel the mystery of her true identity and exact revenge against the corporation she was built to serve.

Thrill seeker Lara Croft (Angelina Jolie) journeys to an underwater temple, to unearth the mythical Pandora’s Box. She needs to get to the box before it falls into the hands of the evil Jonathan Reiss, who plans to use it to make weapons of mass destruction. This is the second movie from the Lara Croft movie franchise.

Each one of these movies serves as a reminder that once women set their minds to something, anything is possible, from sending a rocket into space to leading an army of women warriors. With such a stellar offering of video content, HUAWEI Video is guaranteed to keep you entertained for hours on end. Download the HAUWEI Video now by clicking here. 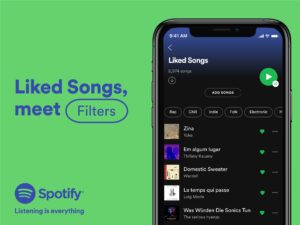 DBN Gogo is the latest artist to join the Spotify EQUAL Music Program as the EQUAL Africa artist of the month.  The program, aimed at providing a platform to highlight women in music, sees Spotify welcoming the popular AmaPiano DJ as the first South African artist to join its growing roster of influential female creators including Nigeria’s Tiwa Savage and […]

The National Arts Festival Looks to 2022 and Opens the Call

The 48th National Arts Festival will take place from 23 June – 3 July 2022 and organisers are hoping it will be back to the live format. “It’s been two years of the unexpected and unpredictable; a journey that has taken us into new formats and ways of delivering work. We’ve developed skills and forged […]