Why the future of agriculture depends on youth

Agriculture is an industry that is essential to the world. After all, a functioning agriculture sector means being able to feed people. However, the problem is so much remains dependent on factors beyond our control, the climate for example . The future is incredibly uncertain. To solve this means focusing on the present and those who can help secure the future. Furthermore, the problems of today are often better tackled by those without the benefit of history to obscure their perspective.

This is why it’s so important that we begin pushing for more young people to get involved in agriculture.

At the moment, the issue in agriculture is responding to dramatic changes in climate. Everywhere in the world, businesses are suffering from economic hardship and rapid climate change. Agriculture in particular suffers. One recent study pointed out the startling fact that much research has underestimated the negative impact of climate change.

“The study showed that temperature increases of 1 degree Celsius were associated with substantial decreases in both total crop area and double cropping. In fact, those decreases accounted for 70 percent of the overall loss in production found in the study.”

The overarching point is that we are reaping less and less, despite having the same technology and area to work in.

This is a problem. By 2050, food production must increase by 70%, says Federico Guerrini

“[increasing food production] has to be achieved in spite of the limited availability of arable lands, the increasing need for fresh water (agriculture consumes 70 per cent of the world’s fresh water supply) and other less predictable factors, such as the impact of climate change.”

In response, many in African agriculture have begun pushing the youth toward taking their careers in this direction. Since they are more socially aware and know what being green means, young people are more able to engage with proper responses to the issues of today.

Further, they are more engaged with modern technology, meaning they can take better advantage of various tools that might be overlooked by those who cling to past notions and operations.

This isn’t merely a lucrative industry, after all, but an essential one. As we’ve pointed out, the future is dependent on improving the systems that came before. Therefore, we need fresh thinking. That means new people and new minds applying their abilities in this area. We can only hope that more young people enter agriculture and reap the rewards, for the sake of a better world.

BIC, a world leader in stationery, lighters and shavers, has announced the new BIC Soleil brand ambassadors for the year 2021/2022. The three new ambassadors (BIC Soleil Squad), Mandisa Makunga, Khona Dunjwa and Anarzade Omar, will take over from Tumelo Matela, Sherri Andreas, and Amanda Nchukana, who have spent the past year learning, growing, inspiring, […] 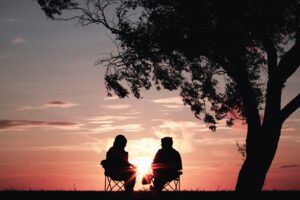