The rise of male anorexia

Over the past couple of years, there has been a rise of eating disorders around the world. However, this increase isn’t gender-specific. You wouldn’t think it, but men can also be affected by eating disorders such as anorexia. One of the problems surrounding it is that people don’t like to talk about it, which contributes to the negative stigma towards those who are affected. So here is a look at what is contributing to this.

What is contributing to the rise of male anorexia?

Like young women, young men are bombarded with images of physically perfect men. Whether through ads or action figures, boys and men make comparisons to these images and find that they are lacking. This leads some of them to go on unhealthy dieting regimes as well as exercise to the extreme – which makes them vulnerable to anorexia.

Why are there still barriers when it comes to seeking treatment?

The gender bias that is attached to eating disorders creates barriers around recognising the symptoms by the health practitioners and in the sufferers. Physicians don’t seem to be aware that there are gender-specific differences in eating disorders, making it difficult to calculate the actual rates of anorexia in men.

Since it is mainly seen as a “female problem,” men also feel discouraged in seeking treatment. The idea of the “masculine” man (as emotionally repressed and physically strong), clashes with the female characteristics attributed to people with eating disorders.

Do South African men face the same stigma and barriers?

In a 2005 study which looked at South African males getting eating disorder treatment, as many as 76% (most of whom were of upper socioeconomic status) were diagnosed with anorexia nervosa. The study also indicated that only 16% of males with eating disorders actually went to seek treatment.

What can be done to address this?

It is a fact that men, even South African men, can have anorexia. The overall lack of knowledge and awareness results in a reluctance to seek help. If any changes are to be made on how male anorexia is viewed, we need to raise awareness of it and understand the role of society in promoting these negative gender biases.

To do this we need to talk about it with our friends and family members, discuss how it affects people and what myths surround it. This way we can begin to make it alright for men to come forward and seek treatment. 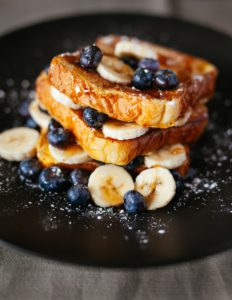